Being the eldest daughter as well the eldest daughter-in-law is no piece of cake. From surviving on instant noodles to running a household of seven people, I have come a long way.  Being brought up in a nuclear family, where my father was the only male, I never had to deal with collective unorganized male habits. And  suddenly I found myself in a house with five grown-up male children, who were being used to waited upon hand and foot by their mothers and aunts.
Az’s parents, Mom and Dad, stay abroad. The current household consists of the two of us, his two younger brothers and three younger first cousins (one girl and two boys, initially it was one boy). The five of them are students and so it is more like managing a hostel. Thankfully Az is of the helping (around the house) kind.
In the initial months of marriage, I was not working and the girl had not joined college yet. So she used to help me out in many aspects. But when she joined college, she could not help me in the same way as earlier. And with so many boys in the house, the house never looked organized and straight. I realized that I cannot go on like this. If you have watched the Bollywood flick called “Satte Pe Satta”, the Indian version of  Hollywood’s “Seven Brides for Seven Brothers”, you would understand when I say that my condition was more or less like the eldest brother’s wife (subdued version). So one fine day, I told the residents upfront that I am not expert homemakers like their mothers and aunts, and cannot keep on cleaning up after them. I would need their help in managing the house. And the sweet devils did oblige, with some push. 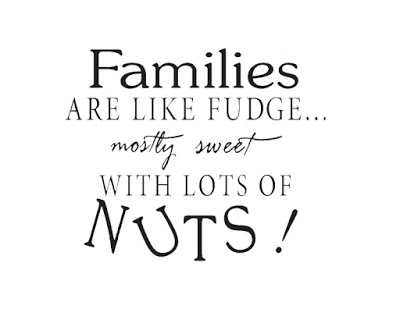 As much as I had to adjust to the new personalities around me, the others too had to adjust to  me. I was not used to having so many men at home and they were not used to having an unconventional woman in the house. I am not really the “sugarcoating words” kind and would rather call a spade a spade rather than talking behind someone’s back. So initially, there used to be some awkward moments. But all the kids are well disciplined when it comes to behaving with elders and unlike most families, there has been no rudeness with the daughter-in-law. And gradually, I became mother-cum-sister figure in the house (at least I think so!)
I feel the experience of staying in a hostel during my higher studies, and later on my own after I started to work helped me a lot in settling down in my marital home. But the most important factor was that we opened up our hearts to each other. The second important factor has been open communication. If there is any hard feelings in the house, we encourage each other to come upfront and make up. It is also encouraged that the kids share their problems, so that we can help each other to find solutions.
And it has been mostly fun. As all the residents are from the younger generation, there is not much formality involved. We watch movies late into the night on weekends, order outside food often, pull each others’ legs and yet watch each others’ backs. And with so many people, there is one thing or the thing always happening. Drama, action, romance, humour, games, tears, smiles; you name it and you have it. There is absolutely no dearth of entertainment in the house.
Over the period of time, I am growing as a person. I am also learning to let go of things which I cannot control like having the cushions straight at all times!. Still it is a long way to go. I still lose my mind from time to time. But all’s well.  And today it feels as if I have been always a part of the Khan family.

One thought on “Becoming Family”

Join 115 other followers
Follow Natasha'z Points To Ponder on WordPress.com

#bookreview
#Repost @pr3ttypriceless
#bookreview
It's all about the perspective, of what you are keeping in focus... 👁️ (Swipe left)
#Repost @diabolical_nerds_bookshelf
#bookreview