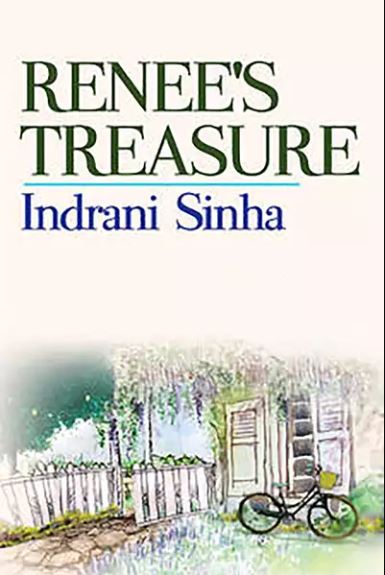 How did I get it? From Leadstart Publishing Pvt. Ltd.

Renee lives in a Railway Colony in Varanasi with her family. She has been promised a birthday gift by her Dadaji. In a sudden turn of events, she has to hunt for it through the lanes and by lanes of Varanasi, helped by her friends Anita and Sacchu. It must be kept a secret from the adults as Renee chases her dream in a race against time. Will Renee and Sacchu, venturing out for their secret exploits from the safe precincts of their Colony, ultimately ﬁnd the treasure?

Indrani Sinha is a homemaker, who has taught in the primary section of various schools for many years. She loves reading, cooking and listening to old Hindi songs. She also likes to travel and see new places. Her father worked with the Indian Railways, so the family stayed in different towns because of his many transfers. During the course of her married life, she got the chance to live in many cities in India and interact with the people there. She and her husband are now settled in Delhi NCR.
MY THOUGHTS:
It is Renee’s eleventh birthday. Her paternal grandfather, Dadaji, tells her that he has got her a secret birthday gift. But she will have to find it on her own. Also she is not supposed to tell her parents. He will give her the first hint of the treasure hunt after she cuts her birthday cake in the evening. But in an unfortunate turn of events, Dadaji passes away later during the day, without giving her the first hint.
Renee’s father is then transferred  to another locality in the city. On moving to their new quarters, Renee becomes friends with the siblings, Anita and Sacchu. The story is about their escapades to hunt for the promised treasure and how they got each others’ backs when in trouble.
The story is set in 1960-61, in the city of Varanasi. That was a time when lives were less complicated and childhood was more innocent. The author well captures the essence of the times, relationship of kids with their parents and grandparents, and the innocence and comradeship in friendships. The author has also beautifully incorporated the visit of Queen Elizabeth II and her husband, Prince Philip to India in 1961.
The story is well-paced with lucid language. To me, the book cover spelled nostalgia. It is a refreshing read. I really enjoyed the book and would highly recommend it for young children.
I give “Renee’s Treasure”