Mayong or Mayang, also known as the Land of Black Magic, is a village in Marigaon district, Assam, India. It lies on the bank of the river Brahmaputra, approximately 40 km (25 mi) from the city of Guwahati. Once considered the cradle of black magic in India, Mayong is a tourist attraction because of its history. The origins of the name may be based on any of several sources including the Sanskrit word Maya (illusion), the Dimasa word for an elephant (Miyong), or from maa for Mother Shakti and ongo meaning part.
An article published in The Times of India titled “Spellbound: Occult a way of life in Assam’s Mayong” talks about the mysticism of Mayong. Here is an excerpt: 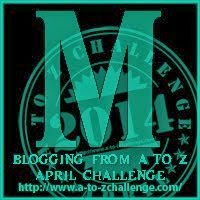 When Mughal general Raja Ram Singh was ordered by Aurangzeb to take an army to Assam and subdue the Ahoms in 1667, he picked up the assignment with trepidation. He didn’t fear the Ahom military might, but Assam’s fearsome reputation as a land of black magic. Mayong, a village some 40 km from Guwahati, was the deemed capital of occult.

Ram Singh took along ninth Sikh guru Teg Bahadur to ward off evil. Teg Bahadur inadvertently introduced the Sikh faith in Assam, but couldn’t save the Mughal generalissimo from defeat. The Mughals were routed in the Battle of Saraighat in 1671 and Ram Singh beat a hasty retreat, never to return. He was lucky; a few others before him did not come back alive. Ikhtiyaruddin Yuzbuk Tughril Khan, a sultan of Bengal invaded Assam in 1256-57 and perished with his army there. Alamgir Nama of Mirza Muhammad Kazim, a chronicle of the first 10 years of Emperor Aurangzeb’s reign, while talking about an invasion by Muhammad Shah in 1332 with one lakh horsemen, says, “The whole army perished in that land of witchcraft, and not a trace was left”.

I have never visited Mayong. Like thousand of people including fellow Assamese crowd, I have just passed through the village on my way to the Pobitora Wildlife Sanctuary. People talk of Mayong in awe and also with a hint of fear. There was a time when every other villager of Mayong knew and practiced sorcery. It was a part of their daily lives. Spells/tantra-mantra were used to cover long distances in a shorter time, to get the strength of a hundred men, to cure ailments and snake-bites, to catch thieves and so on. But along with the good and beneficial magic, there is harmful magic too. And that’s why Mayong is feared. As seen in the above excerpt, Mayong was a place of power and fear. Today in Mayong, not all practitioners want to reveal themselves. Only the bej (faith healer or witch doctor) practice openly to help people. Most descendents of expert practitioners chose to destroy the manuscripts while many others keep them hidden. In general the inhabitants do not want the knowledge of the magic to go out of the village. And so they are very skeptical of outsiders. But there are others that believe that the history and knowledge of Mayong needs to be preserved and nurtured. There is a small house in the village which serves as the museum, which houses many manuscripts and items related to the magical history of Mayong.
Award-winning film critic-turned-filmmaker Utpal Borpujari has put Mayong on celluloid in a film called “Mayong:Myth/Reality“. I am sharing the documentary film below. It also has a dedicated facebook page.
https://youtube.googleapis.com/v/T-fHPRt0LOI&source=uds

Even after hundreds of years, Mayong spells magic and mystery. Try to watch the above film at leisure to learn more about the little magical haven.

Information and articles on Mayong: