The Lotus Temple, located in New Delhi, India, is a Bahá’í House of Worship completed in 1986. Notable for its flowerlike shape, it serves as the Mother Temple of the Indian subcontinent and has become a prominent attraction in the city. The Lotus Temple has won numerous architectural awards and been featured in hundreds of newspaper and magazine articles. The Lotus temple is one of the seven Bahá’í Houses of Worship around the world. The other six Houses are located in Apia, Western Samoa; Sydney, Australia; Kampala, Uganda; Panama City, Panama; Frankfurt, Germany; and Wilmette, USA. 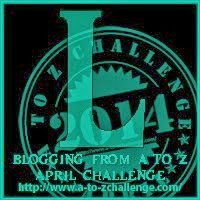 The Bahá’í Faith is a world religion whose purpose is to unite all races and peoples in one universal Cause and one common Faith. Bahá’is are the followers of Bahá’u’lláh. Baha’u’llah (1817-1892) is the Prophet of the Baha’i Faith. He is regarded by Baha’is as the most recent Divine Teacher in the line of the Messengers of God that have enlightened the peoples of the earth with their divine teachings. These include Divine Teachers such as Abraham, Moses, Buddha, Krishna, Zoroaster, Christ and Muhammad. The central theme of Baha’u’llah’s message is that humanity is one single race and that the day has come for its unification into one global society. The principal challenge facing the peoples of the earth, as perceived by Baha’u’llah, is to accept their oneness and, to assist the processes of unification of the entire human race and to thereby carry forward an ever-advancing civilization.
“The earth is but one country, and mankind its citizens.”
~Bahá’u’lláh
I find the Lotus temple immensely beautiful. Its beautiful architecture, looking like the perfect  lotus emerging out of the pristine waters. The first time I visited it was two decades back and then I visited it last year. But we can see it from a distance whenever we drive towards central Delhi. I also it almost daily from the metro train which I take. Only the top part of the lotus can be seen above the green tree tops. I also love the aerial view of the structure which can be seen from the airplane while landing in Delhi. Here are a few glimpses of the Lotus temple:
I am taking part in the Blogging From A to Z Challenge [April 2014].

3 thoughts on “L for Lotus Temple”