The India Gate is a national monument of India. Situated in the heart of New Delhi, it was designed by Sir Edwin Lutyens. It commemorates the 70,000 Indian soldiers who lost their lives fighting for the British Army during the World War I. The memorial bears the names of more than 13,516 British and Indian soldiers killed in the Northwestern Frontier in the Afghan war of 1919.
The foundation stone of India Gate was laid by His Royal Highness, the Duke of Connaught in 1921. The monument was dedicated to the nation 10 years later by the then Viceroy, Lord Irwin. Originally, a statue of George V, Emperor of India stood under the now vacant canopy in front of the India Gate, but it was removed to Coronation Park together with a number of other British Raj-era statues. Following India’s independence, the India Gate became the site of the Indian Armed Forces’s Tomb of the Unknown Soldier, known as Amar Jawan Jyoti (“the flame of the immortal soldier”). 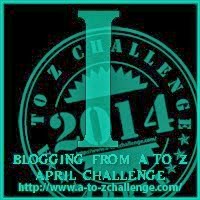 India Gate is my favourite monument in Delhi. The mere sight of the India Gate, even if it is from a distance, it always gives me a comforting feeling. From time to time I ask Az to take me to see it in the evening or night time. Sometimes the whole family go there to spent some time and grab some ice-cream or chuski. Once, we packed our dinner and had a picnic dinner in the India Gate premises.
On the evenings of weekends and holidays, India  Gate is always fully crowded. Of course it is crowded on weekdays also. It is one open space in Delhi which has lots of open space and free. So the population throngs it to have an outing and land up there with food, games gear and dogs. Even though I don’t like crowded place (Az becomes very uncomfortable in crowded places), India Gate have been an exception till now. My favourite time of visiting the monument is post-dinnertime. The air is much cooler then and a pleasant breeze blows. And if I am down, India Gate never fails to lift up my spririts.
I am taking part in the Blogging From A to Z Challenge [April 2014].

6 thoughts on “I for India Gate”